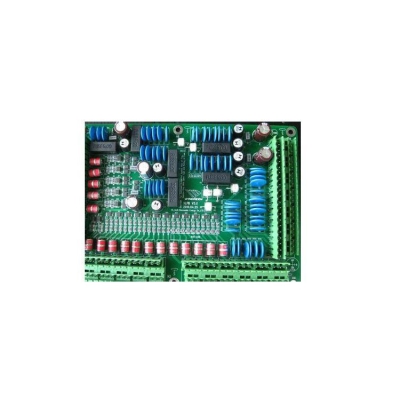 Resistor is an electronic component with resistance characteristics. It is one of the most widely used components in PCBA, which is usually called resistance. Resistors are divided into fixed resistors and variable resistors (potentiometers), which play the roles of voltage division, shunt and current limiting in the circuit.

A resistor whose resistance value can change, that is, a resistor that can be continuously adjusted within the specified range, is called a potentiometer. The potentiometer is composed of a shell, a sliding end, a rotating shaft, a ring resistor and three outgoing ends.

Capacitor is one of the basic components in PCBA processing. It is an element for storing electric energy. It plays the role of coupling, filtering, DC isolation and tuning in electronic circuits.

Inductance coil, abbreviated as inductance, has the function of storing magnetic energy. The inductor is represented by the letter symbol L. The inductive coil is usually composed of skeleton, winding, shield, magnetic core, etc.

The transformer consists of an iron core (or magnetic core) and a coil. The coil has two or more windings. The winding connected to the power supply is called the primary coil, and the other windings are called the secondary coil.

Transformer is a device that transforms voltage, current and impedance. When AC current is connected in the primary coil, AC magnetic flux will be generated in the iron core (or magnetic core) to induce voltage (or current) in the secondary coil. Transformer is mainly used for AC voltage conversion, current conversion, power transfer, impedance conversion and buffer isolation. It is one of the indispensable and important components in PCBA.

Crystal diode (i.e. semiconductor diode, hereinafter referred to as diode) is made of a PN junction, electrode lead and external sealed shell. It has unidirectional conductivity.

Crystal triode (hereinafter referred to as triode) is the core device of signal amplification and processing, which is widely used in PCBA.

Field effect transistor (FET) is also a semiconductor device with PN junction. Different from triode, it does not use the conductivity of PN junction, but its insulation characteristics.

Thyristor, short for thyristor rectifier element, is a high-power semiconductor device with three PN junctions and four layer structure, also known as thyristor. With the characteristics of small volume, relatively simple structure and strong function, it is one of the commonly used semiconductor devices.

Integrated circuit (IC) uses semiconductor process or thick film process (or a combination of these processes) to fabricate the active components (triode, FET, etc.) and passive components (resistor, capacitor, etc.) of the circuit and their wiring on the semiconductor substrate or insulating substrate to form a circuit with specific functions and encapsulated in the tube shell. Compared with discrete component circuits, integrated circuits have the advantages of small volume, light weight, low power consumption, low cost, high reliability and stable performance. They are widely used in PCBA electronic products.

The device used in the circuit to complete the mutual conversion of electrical signals and sound signals is called electroacoustic device. It has a wide variety, including speakers, microphones, headphones (or earplugs), transmitters, receivers, etc.

Switches are used in electronic equipment to cut off, turn on or change over circuits.

Relay is an automatic control device whose output will jump when the input (electricity, magnetism, sound, light and heat) reaches a certain value.