The circuit that produces alternating and continuous waveforms is called oscillator. The waveform can be sine wave, square wave, etc. In this paper, according to its output frequency, the oscillator is divided into many types. The frequency of electronic oscillators can be controlled by their input voltage, so they are called voltage controlled oscillators.

What is a Colpitts oscillator? 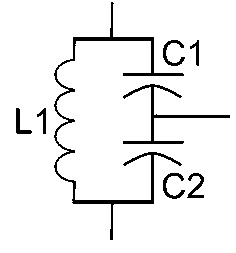 This is the circuit diagram of Colpitts oscillator. Many oscillator circuits that generate sinusoidal waveforms use LC resonant circuits, and no additional inductance is required except for some electronic circuits (such as RC oscillation, crystal oscillator and other oscillators). 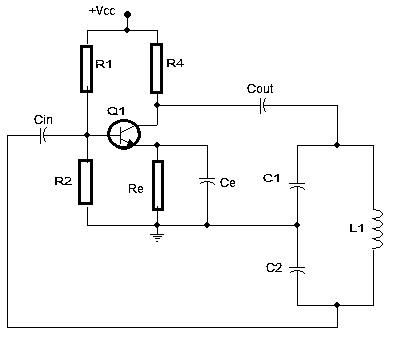 When entering the circuit, there is a bipolar junction transistor (BJT), field effect transistor (FET) and operational amplifier, similar to other LC oscillators. The two capacitors C1 and C2 form a voltage divider, so the tap capacitor is used as a feedback source. Colpitts oscillator can provide good frequency stability. There is a re resistor in the circuit, which can provide good stability to deal with temperature fluctuations.

Capacitor "CE" is connected in parallel with resistor re. As a bypass capacitor, the capacitor provides a low reactance path for amplifying the signal. The circuit has an RC coupled amplifier and two resistors R1 and R2 constitute the voltage divider of the circuit.

Colpitts oscillator uses capacitor voltage divider network as feedback source. C1 and C2 form an energy storage circuit across the common inductance L. Therefore, when the power is turned on, the two capacitors C1 and C2 we see in the circuit begin to charge. After fully charged, they will be discharged through "L", which will cause damped harmonic oscillation.

At both ends of C1 and C2, the oscillating current generates an AC voltage. Although this discharge process is completely carried out in the capacitor, the capacitor will transfer electrostatic energy in the form of magnetic energy to the inductor, resulting in inductor charge. Similarly, when the inductance is discharged, the capacitor is charged. Therefore, oscillation will occur during the charging and discharging of inductors and capacitors.

Using the resonant frequency of the oscillation circuit, we can obtain the oscillation frequency. The energy storage circuit is energy storage, also known as energy accumulator. This is due to the continuous charging and discharging of the capacitor and inductor, and in order to obtain constant feedback, the two capacitors are combined together.

The resonant frequency of LC oscillation circuit is:

Where "C" is the equivalent capacitance and "fr" is a resonant frequency.

The transistor amplifier configuration is an ordinary emitter amplifier 180 degrees out of phase with the input signal. An additional 180 degree phase shift is required. For this purpose, two capacitors are connected in series with the induction coil, resulting in a total phase shift of 360 degrees or 0.